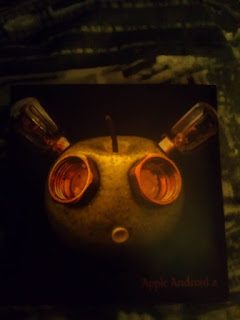 The second album from Apple Android, AKA Stephen Jones. These 17 tracks were recorded over the last few months, along with the latest Babybird albums 'Cigarette Candle' and 'I Was Born Again'. The CD was made available on Bandcamp a few months ago, with all copies selling out. Apple Android 2 is also part of the limited edition 3CD set, which has also been sent out in the post this week.