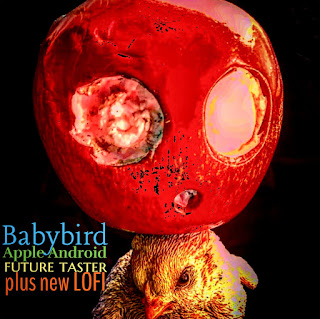 In addition to the release of the forthcoming 'Photosynthesis' LP, there will also be a number of other Babybird releases over the coming months, all released via Bandcamp.

'BB​/​AA​/​LOFI Future Taste' is a sampler containing no less than 14 brand new songs, which can be downloaded FREE at https://thestephenjones.bandcamp.com/album/bb-aa-lofi-future-taster

It includes new tracks from upcoming Babybird releases, exclusive previews of the second Apple Android album, and some "old-new" lo-fi tracks, rediscovered after many years and completed in 2019.