COMPILATION: The Self -Destructive Pleasures Of An Ex-Maniac (3CD) 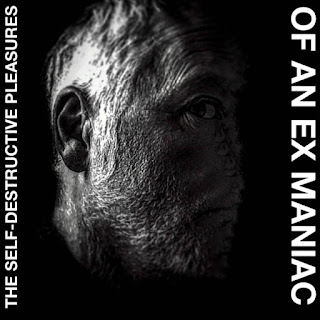 The Self-Destructive Pleasures Of An Ex-Maniac

A 3CD set featuring tracks from the 2010 and 2011 albums 'Ex-Maniac' and 'The Pleasures Of Self Destruction', which featured Hollywood legend Johnny Depp on guitar. The second disc collects together unreleased sketches, demos and ideas from sessions in L.A., while disc 3 features out-takes and alternative versions.

"This is a special diary of the making of two albums - Ex maniac and The Pleasures of Self Destruction starring Stephen Jones, Bruce Witkin, Ryan Dorn and Johnny Depp. The package includes usual love and attention. CD1. the self destructive pleasures of an ex maniac. CD2. snippits CD3. outtakes.


1- A TOTAL REIMAGINING OF THE TWO ALBUMS I RECORDED OUT IN Los Angeles WITH BRUCE WITKIN, RYAN DORN AND JOHNNY DEPP. IT SHOWS THE PROGRESSION FROM IDEAS, TO FINISHED TRACK, PLUS OUTTAKES THAT NEVER MADE IT DUE TO LACK OF TIME.

2 - These trax have no names - like no face in spirited away - they drift into one another. a lot of these I have listened to since I was out in LA recording thanks to mister depp introducing me to his friend and producer Bruce Witkin. Some of these were recorded out there and at home just before and in-between two week trips to California. They kept me sane in the heat as I wandered to get cold. coffee walking under puce Jacaranda trees. they were also the soundtrack to driving down highway ! in the coast thru big sur in a mustang - possibly the only real rock'n'roll meets nature thing I have ever done. Fucking show-off. alternatively these many tunes have no big head just laid back hum on an American sixties afternoon.

3 - INCLUDES ORIGINAL VERSION OF DRUGTIME - 'SLEEPTIME'. Some of these tracks appeared on the other Outtakes download only almost 6 years ago."