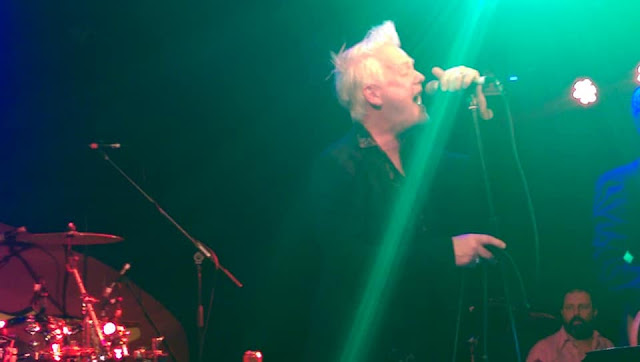 Aside from the Austria 2000, Cambridge 1998 and the Electric Ballroom recordings, none of these shows are currently available. If anybody has any of these recordings, please contact us at psychomafia@outlook.com.

From The Bad Pages

Babybird toured extensively in the 90′s and onwards, and thouch this is not reflected in the number of live recordings, we have a pretty good list of gigs taped by fans or radio stations. The bulk of these recordings cover the 1997 tours in the UK and Continental Europe. If you are in possession of a Babybird live recording not featured on the list below – especially from 1998 and onwards – then do drop me a mail at once.

These are some of the live recordings that I have heard of in one place or another but, if they indeed exist, have still not been accounted for here. Perhaps you might have some on them lying around.

Someone once mailed me claiming to have recorded this one and promised a quick trade. After some correspondence (where the tracklist above was revealed) I never heard from the guy again. Pretty strange. Apparently, this is an audience recording with ‘very good sound’. If it actually exists.

Italy ?-?-????
Ages ago someone mentioned a bootleg of an italian gig in the forum??

Barfly Session 3-8-2000
Hi quality version. I only have the Real Audio version which has been circulated for a while Someone, somewhere must have transferred his or her VHS copy to digital. If not, do it!

Full/unedited versions of all Radcliffe/bbc sessions (not 12.12.95).
I have all of these on Moey’s Radio Sessions CDs. Would like the full shows though.

13-03-2000: London/BBC Maida Vale Studios/Evening Session
21 Min. This is the last ever evening session for BBC. I’m surprised it hasn’t turned up anywhere. Been trying to get hold of this for years, but with no luck. Only seen it on one trading list ever.

Any videos or DVDs

I have recently been mailed VHS and DVD copies of live performances, TV-appearances, and various live sessions. I’m still in the process of sorting out what to do with all these. Some of it is truly wonderful. Anything on VHS should be made digital soon and I know at least two people are doing this with very low generation copies. I don’t have either the skills or the equipment to make digital transfers yet
Live News Radio Sessions