INTERVIEW with The Brighton Source February 2019 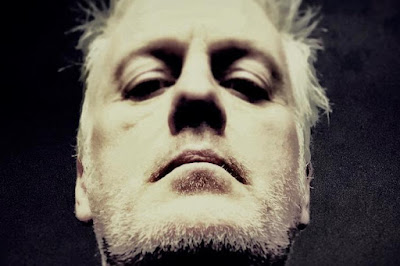 From https://brightonsource.co.uk/previews/babybird-fri-1st-march/
Posted by Ben Miller

Dodgy’s choice of support acts arguably adds a much-needed element of intrigue to their latest tour. Two of the wittiest, most acerbic singer-songwriters intertwined with the 90s, Babybird’s Stephen Jones and Terrorvision’s Tony Wright, have been brought together – an improbable state of affairs that has forged a pleasing bond.

“I only hang out with Tony and his other guitarist, Millie,” says Jones, promisingly describing them as “utterly lively fellas” on a tour he partly embarked upon because “it was just weekends and included Nottingham Rock City and Shepherd’s Bush.” “This tour is weird full stop. We get 40 minutes, so that certainly hones it down to a rip-roaring set, and sometimes we go on as early as 7. It’s exhausting because I have to tour manage it.”

With original Babybird members Luke Scott, Rob Gregory and long-standing bandmate Danny Lowe also alongside him – “wonderful men, they really make it worthwhile,” he says – touring is still “like a little holiday” for Jones, in spite of its exertions. He was irritated by the heart attack he suffered at the end of 2017 and “kinda worries about stress”, but has been on prolific form since then, daubing characteristic black humour across ‘Selfies Inside The Coffin’, the album he released on the anniversary of falling ill.

Defining himself as “a former almost dead boy”, Jones later released ‘Black Ghost’, a taster of new material that features the spectre of a deathly mobile phone. “Most things I sing about are directly from my current irritations, addictions or things I want to put right,” he explains. “My kids on Instagram is right up there with media-induced fears, and I tried to reflect that. It’s also fun to weave the old pop chestnut of love into the album.”

The double album has taken the longest of all Babybird’s digital releases to complete. “It was certainly a load of hours, because it really felt it needed as much time as possible. I’m power-mad, me. I love recording. It’s never a chore or hard work. I have complete control over every nuance of home recordings.”

That big London date is still to come, but Jones is unerringly frank about the other night Babybird had hotly anticipated. “Rock City was a sticky foot, corporate, soulless space,” he says. “But I saw The Birthday Party there as a 20-year-old – so it was never going to beat that.”