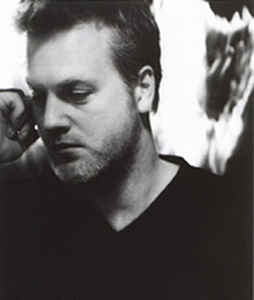 9:55am Friday 3rd February 2012 in Music news and reviews
By Charles Hutchinson


NO ONE is more surprised than Stephen Jones that he has made his seventh Babybird long-player, The Pleasures Of Self Destruction.

“As an intruder in music land, I feel utterly amazed to still be doing this… to be able to shove all the stuff I do into a bomb-blasted envelope with the mainstream stamp partially torn off, and left there hanging… just about dangling on for dear life,” he writes in his sleevenotes.
“So thank you, especially to all you surfers, giggers, downloaders, buyers, followers, stalkers, lovers, haters, and fellow Babybirders.”

In turn, fans can thank Stephen in person for continuing to write such spot-on songs about love, life and broken innocence when he plays Stereo in York on Thursday on a 12-date tour that also visits Hull on Monday and Leeds on Tuesday.

He is just happy still to be performing. “I haven’t played Stereo before, but I know it’s a pub… I’ll play anything I can get to be honest,” he says. “It’s a very strange existence.”
Stephen is on the road to promote The Pleasures album, released last October as his follow-up to 2009’s Ex-Maniac. It is a reflective, state-of-his-world set, the work of a man approaching 50.
“The idea behind that title is that everything that’s good for you can be bad for you too. Apparently playing video games can be as bad for you as taking drugs,” he says.
“I was listening to Frank Sinatra in the car today, singing My Way and Send In The Clowns, and I was thinking why, if you want to be cool when writing about life, does it have to be about being young? It doesn’t. Listen to Frank! I want to write about my life, so why not write about things that are beyond teenage years?”

Love features prominently on the album, including in the title of three successive tracks, I Love Her, Not Love and Can’t Love You Any More. Why is Stephen so hooked on love?
“Hopefully, it’s love of many things, or a distrust of anything,” he says. “I’m always writing about protecting innocence. I’ve got two children, aged ten and five, but I was doing that protective thing before that.
“Love is stronger than like, and ‘like’ is a word like ‘nice’. You would always prefer to love than like,” he says.

“Not Love is a good example of that: it’s about how love is packaged in greetings cards and was triggered by that film (500) Days Of Summer, where the guy’s job was to design those cards.”
One constant throughout has been Stephen’s way with a melody.
“That’s one thing I do: good melodies! I write very simply. I sit at the piano, and sometimes you don’t even need three chords. You want it to be catchy but insidious, and that’s why for a lot of pop music, people get someone to come in and write the hook for them.”

Stephen has no such need, but by comparison, writing lyrics can be “frustrating”. “I want to cram in as much as I can and it’s very hard to do that on one sheet of A4,” he says. “That’s probably why I’ve written a few books, where you can stretch it out, but then again you can say so much in a song.”
Hence the admiration he has for diverse songwriters. “The Nick Caves and Tom Waits of the world, I look up to writers like them. Morrissey as well. Anyone who writes great words,” he says. “I like hip-hop and rap as well for that reason.”

Stephen is busy writing his fourth novel, A Limited Capacity For Wonder. “I’m hoping to finish the new book off in the next few months. It’s just a question of finding the time, with having young kids,” he says.

“That’s what I find difficult. The discipline. The fact that I’ve done it before two or three times before means I know I can do it. All the ideas are there; I just have to put them down on paper.
“The last one I did when the children were really young, so I’ve no idea how that worked. I lived in New Zealand between the ages of four and seven and I can remember that, but I have no memory of how I wrote my last book.”

Creativity pours out of Stephen Jones, yet he wonders whether he would have made Ex-Maniac and The Pleasures without the encouragement of his celebrity friend Johnny Depp, who directed the Babybird video for the 2009 single Unlovable and plays guitar on the opening track of the new album, Jesus Stag Night Club.
“I’ve known Johnny for nine years now, and he’s the reason I’ve done the last two albums,” says Stephen.

“Johnny was a Babybird fan and his people asked my manager to arrange for him to meet me. So I met him where he was staying on the King’s Road and the first thing I saw was his backside – I remember he was wearing pale jeans – as he was fixing some speakers at the time.”
Given their subsequent friendship, Stephen really was glad to see the back of him that first day.
• Babybird plays Fruit, Hull, on Monday; Brudenell Social Club, Leeds, on Tuesday and Stereo, York, on Thursday. Tickets are available via ticketweb.co.uk • His new single, Can’t Love You Anymore, is out now on Unison.
2012 Interviews News Press