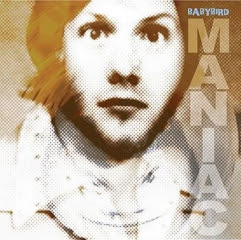 The title of the track from Ex-Maniac was changed in order to gain some UK airplay.

Stephen: “I wasn’t sure about Bastard until the end when it suddenly changed and became possibly the next single. It sounds very American to me, a bit alien but in a good way. So they [Unloveable and Bastard] are bad twins, unidentical bastard twins. Orphans of the ex-maniac, whoever he be…” (March 2010)
2010 EPs SINGLES Videos