INTERVIEW with Fluctuat.net: “I’m angry and it volcanos out in the lyrics” 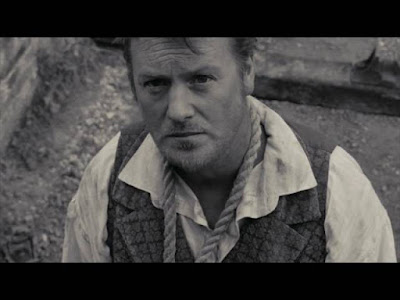 “I’m angry and it volcanos out in the lyrics” Interview: Just how personal is Drug Time and what’s the story behind Failed Suicide Club? Stephen Jones talks about how Ex-Maniac feels like a new start  in a conservative sex-obsessed industry.

This interview was kindly donated to the babybird fanbase by French music and cultural news site Fluctuat.net (let’s hear a collective thanks everyone). So if your French is as good as your taste in music, you can find the French interview right here.

How do you feel about Ex-maniac?

“Naturally I’m proud of it. Lyrically especially. And production-wise it’s the best sounding one so far. I’m still extremely lucky to be releasing records. Ex-Maniac feels like it’s a new start, made by people who also won’t judge it on sales, and will make a second and a third, because its actually a label who will offer longevity.”


Tell us about the time in the studio

“A lot of time was spent on the couch listening, drinking ice coffee and vitamin water. Bruce Witkin, the producer, replayed all my parts from the demos part for part so that he could control exactly how each sound would appear in the mix. I played new parts, so it was interesting to re-educate my brain as I lazed through my jetlag. The art of effects is to make it invisible. We used four great drummers and also and horns on the last track, a guy off Jay Leno’s show. It was also mixed by Ryan Dorn who knows his tweaks inside out.”


You have said that airplay will be difficult for Unloveable. Why is that?

“We’ve had reports back from our pluggers, from radio etc that Unloveable is ‘too edgy’ but also that it’s strong. That’s sends a very confusing and weird message. But I can see that music is trend-led and that infants with comb-over hair and wearing girls no ass tight jeans are the thing middle-age media types perv over. Then how can I argue with their impeccable taste radars?”


The album has a destinctive live sound. How did that come about?

”All the songs come from me and my four track or computer. We recorded in America, so the band was basically me and Bruce and some drummers. New friends. The band is still me, the wonderful Luke on guitar and fabulous Rob on drums plus Bruce (guitar) and Danny Lowe, another great man and bass player. The band sounds really raw and big like on the record. Deliberately no keyboards, so songs like Bad Old Man and The Way You Are sound fresh and more organic and heartfelt.”

“It came simply from watching my daughter in her local pool. I took a picture and was told I couldn’t. A lot of my songs deal with society. That a lot of rules are invented because of the minority. The burglars, the paedophiles, the murders, the bad parkers…it goes on. So I’m asked not to use my camera, inferring that Im’ like some pervert that should never have been born. Ha ha. I’m angry and it volcanos out in the lyrics. On top of a nice tune though.”


Just how personal is Drug Time?

“I’m an addictive person. I like drink but I’m better at drinking water now. Every good junkie keeps the shit to himself. My bad times were stopped by having a child. You grow up then. I’ve never been the whiskey on cornflakes kind. I know usually when to stop. There’s no story in that at all. It’s boring and most people I know have been there. My addiction fascination is more in the habitual things we do. Same job, stuck with habits and being unable to change. Change is the greatest power I have, and one day I’ll use it properly. I hope.”

“Its about not wanting to die, to get on and change. Be happy with the little things that day by day are being eroded by the crap we are led to believe is good and necessary for happiness. And of course it’s a great pop song.”


Are Bastard and Unloveable twin songs?

“Lyrically they are similar, but I think that was subconscious on my part. It’s weird Unloveable always felt like the first finished song, and I wasn’t sure about Bastard until the end when it suddenly changed and became possibly the next single. It sounds very American to me, a bit alien but in a good way. So they are bad twins, unidentical bastard twins. Orphans of the ex-maniac, whoever he be…”


Some say the trumpet is the best instrument to suggest someone is dying. Is that why you use one on the last song?

”Yes, I like that ‘best dying music’ description, which is what the song is about. Someone who even when they’re bleeding on the back seat of a car, they can’t change. I like that … How much it takes to make a person alter his future. Indeed, a last man’s breath, which is a theme in the third book I’m currently writing. This is one of the old demos and almost 6 years old. It’s had a few treatments and finally we got it right.”


It this a good time to make a Babybird album again?

“Don’t think I’d ever say it was ‘good’. That’s up to other people to decide. Babybird is just a name for one thing I do. I’m not bringing it back for any reason except that I want to. It’s not a comeback. It’s just a new record. I want to have success and a little more money. But if I start an album with the words ‘I will kill you said the 5-year-old’ it obviously implies that I’m still lucky enough to make challenging records in a conservative sex-obsessed industry. I’ve never really been pressured to mimic old glories. If I was successful with this album, it would be to pay tax and feed my family. Luckily, like with Death of the neighbourhood, people have come to me with very little money, and I’ll do it because the intention is pure.


Is it still easy for you to write new songs?

”Yes, I like it so I do it. My favorite addiction. The music is the easy part, the lyrics can get frustrating as I’m so aware of the cliches I can slip into. Bad rhymes, or over hammering the point I want to make.”


Do you think people unconsciously know when they hear a good pop song?

”Yes. Alicia Key’s Empire State of mind is, lyrics aside maybe, a brilliant song. All pop is something immediate. It’s whacks you round the head and sinks in. It’s all in the tune. As long as its not insidious and follows a brainwashing formula.”


Is it hard to go back to writing classic pop songs after working on Death of the Neighbourhood?

”No. I just write songs. No particular method, except to shave off the shit with all the extra stuff that gets put on in the early impulsive process just because you’re over-excited. I find music easy. Complications always stunt a song.”

”The Way You Are. The most personal to my life is In The Country. Weirdly, on the last tour I loved singing Goodnight, our first single. “


You’ve said you still have 400 songs to be released. What are you waiting for?

”More like 500. I want to make a second Death of the Neighbourhood with more rounded songs on it. Maybe a quintuple album.I’m always writing, but it has always been a hobby since when i was unemployed and i’ve never grown up from that. It’s a meditation.”


Are you trying to travel back in time to the early lo-fi days with the new compilation you’re working on?

”Death of the Neighbourhood contained a lot stuff from the early lo-fi days, so I kind of went back then. America hardly knows about Babybird, so its a good tool for introducing those albums. It was meant as a website thing, but will go up as a digital download, on for example, US itunes etc. Soon I hope.”

”Epic 45 are fucking brilliant. They did a cover of Llosing my Hair and have asked me to sing on a track. Sometimes you get offers, but luckily with Aim and Epic 45 it’s been a massive honour. I love M83, Pete and the Pirates, Phosphorescent, Port o’Brian, Riceboy Sleeps, Surjan Stevens, Magic Magic’s song Washington or Bust is a wonderful undiscovered gem.”


How to you feel about living in London and the UK?

”Living in London is not really out of choice. Kids at school stops a move. The coming election will be sad. With the expenses scandals, it’s hard to believe in anything. Celebrity culture and the reporting of has thrown the world off its orbit. Technology providing us with all the things we are supposed to want has made my judgement blurred. In England, we think we’re free, but that’s another misconception. Bureaucracy controls our lives and is very hard to find simple things.”


How does your children react to you being a musician?

“My daughter has seen me a few times, and it’s wonderful that she knows what I do. Very often I work with headphones, and all my family hear is an unamplified guitar or the annoying tip tap of a piano. They can’t hear the music, only what bleeds out of the phones. One of the main reasons now for me to do Babybird is so that my 3 year-old can see his mental daddy hurling out words from his battered larynx.”


Why don’t you use internet more to get in touch with the audience?

That’ll come. You need a little more of a successful basis and website to do that. But we will on the Babybird site and The Bad Pages.
2010 Articles Interviews News Press