INTERVIEW: “I’m as happy as a man with B negative blood can be” (From bad-pages.dk) 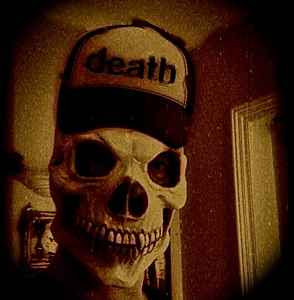 From The Bad Pages

Death of the Neighbourhood finds Stephen Jones creating music in an almost happy vacuum – armed with a bad Apple, new and old ideas and getting the best out of the cheap shit from Woolworths!

Learn about creative process, about finding a new laid back record label, the future of Babybird (A Sesame crackerhead?) and something about recording a new album in L.A. with a friend of Johnny Depp in this exclusive interview.

What is DotN about?

Decreasing values. Lack of trust. I find it impossible to believe anything I read or see. You try to stay positive in amongst a media that sells fear and dumbed down reality shows. Aside from that it’s a happy shiny album. I was born with ‘b-negative’ blood type, so it’s a constant battle to fight that cynicism.

Is it a concept album?

No. More of a compilation of music without commercial pressure heaped on it. Written almost in a happy vacuum.

Why the double CD format?

Andy from Aim/ATIC had the idea to split the material into word and wordless.

Were the tracks recorded specifically for this project or did you dig into the vaults as well?

About half and half. New material inspired by old cassettes found deep in the cellar.

What are your favourites on the album?

Dumbdown, I Love My TV and Yellowhills.

Are you happy with the final result?

As happy as a man with B negative blood can be. The artwork is wonderful. To be able to hand it over to someone is always hard for me. It’s very rare to get good results back.

Your productions are computer free (or so the cover says). Tell us about the creative process from initial idea to the finished song.

Always starts with a loop. No chopping up. Some recorded on a 4 track cassette from 20 years ago. Others on a mini disc recorder. On top of the loops is usually a guitar/bass then a keyboard. Voices are always last. No initial ideas are hummed into a dictaphone. I now use Neanderthal-simple GarageBand on an Apple. A bad apple of course.

Where do you dig up all the samples?

Is DotN you working alone, or did you have any outside assistance or influence?

Just little old me. Music is my friend, sniggering in the corner, chucking in advice. Usually shit, so I ignore him.

You keep reusing lyrics (Cokeholes), samples (Brainwhack) and even full songs (Bruised Brain). Are some ideas just too good to be used only once, or do you have bad memory?

Bad memory. I have lyrics written all over the place. On unopened electric bill envelopes. I’m a very bad filer. I’d be great in some government office.

How and when did ATIC enter the scene, and what do you think they have brought to your music?

I provided the vocal for Aim’s ‘Good Disease’ which was used on 6 Feet Under. Andy was a big fan and over the years it came to this. They are very laid back and focused. Gets into the dance side of things. Hip hop is my greatest pleasure. Good hip hop that is. There’s a lot of stuttered shit.

Which other artists and bands are new fans of DotN listening to?

I have never met a DotN fan, but I would guess it might be Kids by MGMT, or the Acorn, M83 and Sigur Ros.

There´s no mention of Stephen or Babybird on the cover. What are you trying to hide?

Who is this big bird that you speak of? A muppet ? A Sesame crackerhead?

Dumb Down and God’s Not Coming could easily have been Baby Bird songs, I think. Is it important for you to keep separating your various creative ‘identities’?

BabyBird is loaded with connotations. I get bored very quickly so when something seems old it needs to be changed. The name BB is just kept because it’s easier to stick with familiarity when promoting an album. Simple sad fact of marketing. As well as having bad managerial advice, but he got sacked, so yippee.

Are Babybird and your past success a window of opportunity or an albatross?

Got me thru doors but also can feel old, not the music but the name. I’m fucking lucky to still be doing this after 10 odd years. Am in L.A. making a new album. Very lucky and grateful.

Your fans have set up websites, forums, Facebook groups, MySpace profile etc. and even run a webshop in the last years. When are you taking matters into your own hands again?

Could you tell me more? Of course I know about The Bad Pages and would like to make it the official site if you want to? I am crap on the internet. Too much junk but if someone could be my web voice that would suit me better. I am not a good self promoter.

Which album makes you most proud, Death of the neighbourhood or Between My Ears There’s Nothing but Music?

Both. But ‘BMETNBM involved two good friends so that was funnier. Pub after work etc. I produced ‘Death’ so the control makes me happy in other ways. He said cryptically.

Will there be any live/DJ/podcast or radio appearances to back up this release?

Possibly. DotN will do another album which might suit live better.

What projects are you working on right now?

An album in L.A. with a friend of Johnny Depp.

Are you still up for writing more soundtrack scores?

Very hard to get into. It’s quite a classically trained club. But I still persist.

Has the DotN project come to stay?

Indeedy. Will do new music for it next year.

So what’s next for Babybird?

What are you listening to right now?

What are you reading?

What’s the telly in the Jones family?

Kids crap like Barney The Gay Dinosaur. But I usually am sticking forks in my leg when I’m in the same room. My two-year-old likes American wrestling, particularly The Undertaker and Giant Gonzales, masked Mexican wrestling, Everyone Loves Raymond, Assassination of Jesse James, Lives of Others, David Lynch, Spirited Away, All the Ghilbhi studio animations.

Stephen was interwieved by e-mail in october 2008. Thanks to Niko from ATIC for setting this up.
Death of the Neighbourhood is released November 10. Order in ATIC’s webshop.
2008 Death Of The Neighbourhood Interviews News Press