“It feels like a proper album for the first time. All the other albums, apart from the last one, were like compilations, all the styles were very different. This time it’s all been written in one go. It’s got a particular sound”.
- Stephen Jones, March 2000, The Fly 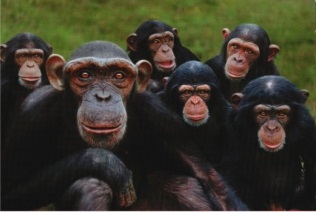 Some of the songs on ‘Bugged’, the new Babybird album, are about being irritated by little things, and not letting them build-up, being listened in to, or watched without you knowing it, or being a little bugger again, young and oblivious.

This is Babybird’s eighth album in five years and probably his most defined yet. If the previous ‘There’s Something Going On’ was a deliberate exercise in moody anti-pop, this then is something of a reaction to that: a genuine effort to show the world that there’s much more to Stephen than bitter-and-twistedness.

What you’ll hear first, however, is ‘The F-Word’ (March 2000) the astonishing first single. This is as much of pacechanger as the extraordinary, funereal ‘Bad Old Man’ was last time ‘round. Now, ‘The F-Word’ marches in on the back of a playground chant and a fuzzed-up chorus. "‘The F-Word’ is a no-cussing song. A big motherfucker." says Stephen, "It was the first 8 track to be demo-ed for ‘Bugged’. ‘The F-Word’ is a song about young kids drinking cider, swinging higher and higher on the swings. Listening to a deafening radio and screaming fuck over a bleeped-out radio-friendly song called ‘The F-Word’. It’s about looking back fondly over life as a kid. Wanting to be young all over again."

Working only with Matt Hay (he engineered ‘There’s Something Going On’) and longtime collaborator guitarist Luke Scott, Stephen’s songwriting has developed a new, higher complexity, whilst retaining its uniqueness: ‘All I Want Is Love’ and ‘The Way You Are’ are big, beautiful stately ballads, ‘Out Of Sight’ ("a family song. It’s about a young daughter and the first time you have to let her out of your sight, or leave her with someone else. You can’t stop thinking about it so much, it feels wrong, you want her bugged.") is warm and countryish, and the want-away bombast of ‘Getaway’ ("‘Getaway’ is a vacation song. A big raucous bastard anthem about finding a little silence somewhere. Trying to get away and relax, to empty the mind and escape all noise. But most of all, it’s about not feeling one little bit of guilt for going.") all utterly recognisable as Babybird.

Stephen has written seventeen new songs for ‘Bugged’, a dozen or so of which will complete the album - these include ‘Fireflies’, ‘Till You Die’ and ‘14u’. "‘Fireflies’ is an old man’s song," says Jones, "He sings "Open the window, it’s hot in here..." It’s about wanting to be a kid again. When he kept bugs in a jar in the shed. About wanting to get in with them and flap about. But all his friends kept blocking up the airholes, till the lights went out. It’s about being trapped inside childhood. Feeling safe and wanting to be back there, with all that energy - warm and fired up about something.
"‘Til You Die’ is not a death song. It’s about a promise you can’t make but you’re going to make it anyway. A promise to someone that you’ll be there forever, or until you die... whatever comes first."

"‘The Xmas God Of New York’, ‘One Dead Groove’, ‘Wave Your Hands In The Air’, ‘Love Love Love’, ‘The Same’ and ‘Eyes In The Back Of Your Head’ are some of the other songs on ‘Bugged’. ‘Bugged’ is Babybird lightened-up. The previous album ‘There’s Something Going On’ had to be deliberately dark to exorcise a few demons. It was fun while it lasted, but it’s time to start fresh, to make a good stab at the feelgood."

Release trivia (from The Bad Pages)

The F-word, Out of Sight and Fireflies/Getaway were released as singles 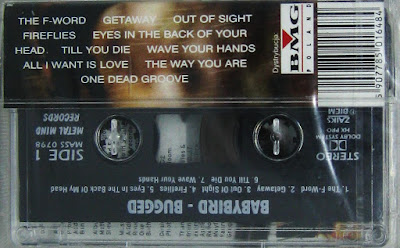 The F-Word
“Well, that’s about the word “FUCK” basically. It’s just playing with the idea of people’s standards: Actually so many people are using that word and still they are very disturbed by that in the media. That seems to be the standard. Do you know the watershed? Whether it should be after nine o’clock in the night or before that? And there are just so much more things to be worried about than something like the ‘F-Word’.”

Getaway
“It’s about escaping… I always write about escaping, because music is escapist and people do not want to listen really to challenging lyrics. But music is to be listened to, to loose yourself. So it’s a song on me going away on a holiday and lying there in the sun and feeling guilty for the first two days that I’m not doing any work. I can’t let loose but I do so after a few days and then I always feel guilty for not being busy. Out Of Sight.”

Out Of Sight
“It Is about being overprotective and trying to keep an eye on someone too much and to let them go and develop in their own way. If I had children I would love to have a daughter. For some reason why, I don’t know – but I guess that’s what fathers always say… I think I can write about subjects like this.I can write about religion and I’m not religious – but I could be. And I could be a father so I can write about that as well.”

Fireflies
“I spent four years in New Zealand between the ages of four and eight. And I used to keep little fireflies and different bugs in a jar. So I was reading my old diaries from when I was seven years old and was inspired by that. When boys are very, very small they like to control things – more than girls maybe. So it was just me putting this in a jar and trying to control something.”

Eyes In The Back Of My Head
“That’s just keeping an eye on things. It’s about going forward and just making sure you have an eye on people that are behind you.

Till You Die
“I always write sinister love songs and I like playing with that. I don’t think they are “normal” love songs. It’s got a double meaning: I’m going to love you till you die. It’s quite sinister because it could apply that this person that I’m writing about is making sure that the loved one is always there. And it’s a romantic thing as well, saying that ‘I will love you till I’m old’.

Wave Your Hands
“It’s just another one like ‘Getaway’. Do you know the ’sheep mentality’ where everyone does the same? So it’s trying to play with the idea of being an individual.”

All I Want
“It was my attempt to be slightly sarcastic and ironic. This ‘All I want is love’ thing. Obviously everyone wants love and that’s the stereotypical view. But there are so many other things to love as well. And it’s about not changing someone.”

The Way You Are
“That’s the same thing. Those songs ‘The Way You Are’ and All I Want’ were kind of meant to be together. Again there’s a little line there “I can’t change you” and it’s not wanting to change someone.”

One Dead Groove
“That’s kind of a metaphor for being kind of stuck in a moment or in a groove. Like being stuck on the floor and not being able to lift yourself out of doing the same thing every day. Escaping again."

The Xmas God Of New York
“Well, I absolutely love New York. I like a lot of ‘tacky’ things, of things that are extremely over the top. And Christmas is meant to be a religious festival, but go to New York and you wouldn’t even know that religion exists. So it’s quite a pagan view: New York is like a huge Christmas tree and that’s what I like about it…”
by Megalomaniac Productions 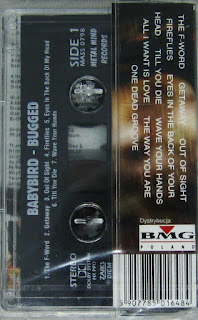 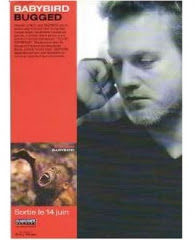 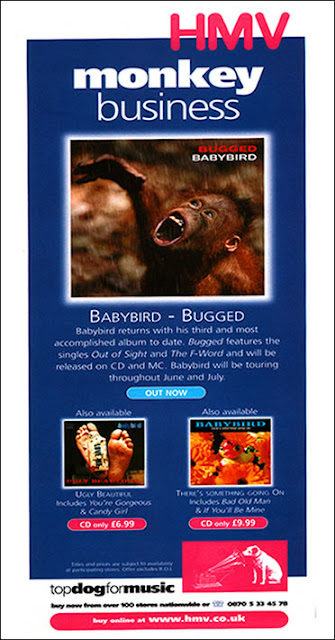