"YOU WOULDN'T BUY IT FOR YOUR MUM, WOULD YOU?" (MATTHEW MARSDEN IN SMASH HITS)


“I’m not using the images in Bad Old Man lightly, to shock people. That song came from watching a lot of satellite TV in recording studios — in particular, talk shows with people such as Jerry Springer and Geraldo. You sit there waiting for a guest to get shot, that’s the only way it can get more extreme than it already is — to have someone executed. The song is just trying to find a way to say that maybe we need to think about the implications and effects of these things before we sanction them.” 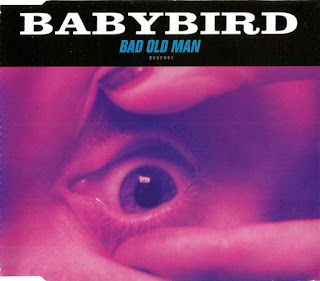 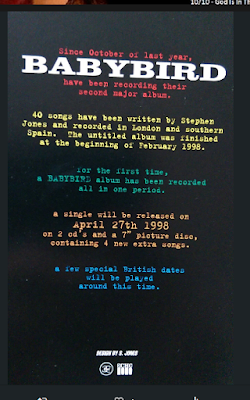 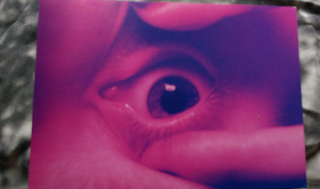 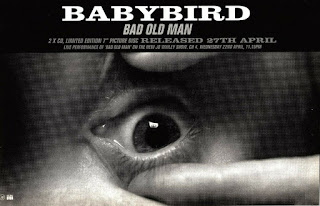 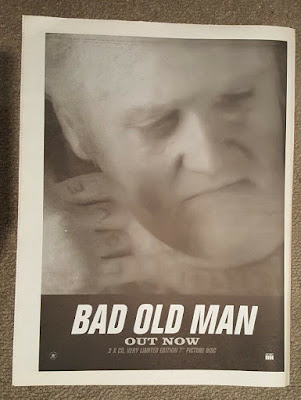 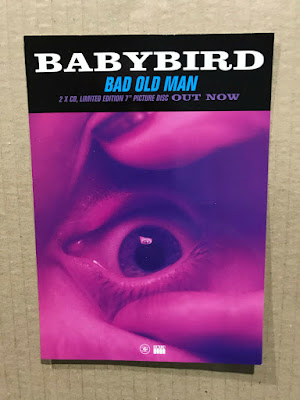 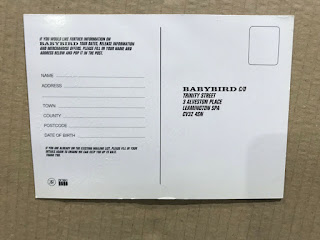 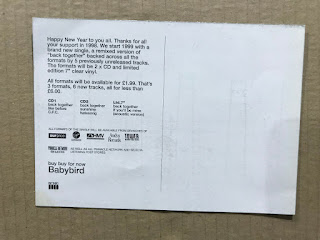 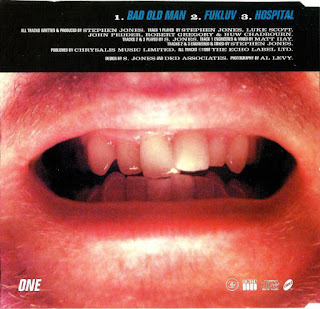 In 1998, Babybird re-emerged with a startling new single which couldn't have been further away from 'You're Gorgeous'. I remember hearing the incredible 'Bad Old Man' for the first time on the radio and being shocked. If people didn't "get" the darkness at the heart of Babybird first time round, this time it couldn't have been clearer. "That should do it" I thought. 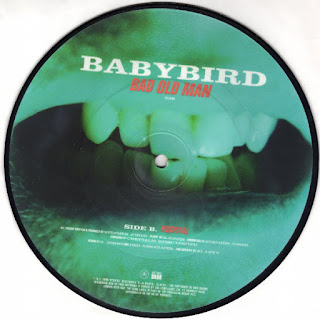 Possibly the only Top 40 single to ever contain the word "paedophile", 'Bad Old Man' moves slowly and darkly, with its gloomy piano hook joining a funeral march rhythm, providing the perfect musical backdrop for Jones's deeply unsettling central character. Like some sort of a cross between Trump, Saville, Morgan, Cowell and Springer, the 'Bad Old Man' in question "drowned his stepson in the duck pond, let the wife beater out to make a pop song", bringing to mind stories of corrupt perverts who lurk in the world of entertainment. It was EXACTLY the sort of song that should've been the immediate follow-up to the big hit. However, 'Bad Old Man' and the rest of the fascinating 'There's Something Going On' wouldn't have sounded like they did if Babybird hadn't already had that big hit. British guitar music may have been going out of fashion at the time, but it was the perfect time for Stephen Jones to release his masterpiece, while his band still had enough of an audience for people to hear these songs.

Despite standing as one of the most hard-hitting singles of the era, 'Bad Old Man' only went to number 31 in the UK charts. Needless to say, its frightening lyrical content meant that daytime radio wouldn't touch it with a bargepole. Plus, a lot of the audience who would've appreciated it were missing out due to their refusal to listen to anything by Babybird. Their loss. To me and other listener, Jones and his band had just stepped up to another level..."

Review from The Bad Pages:

"There’s Something Going On’ probably spawned some of the best singles, and this one is the first in a series of three after an eleven months break after the release of ‘Cornershop’.

’Bad Old Man’ was not really a comeback as much as an ettempt to slip out of the wake of the You’re Gorgeous chart succes. As a pop tune it is extremely edgy both in musical delivery and lyrical content
‘Bad Old Man’ might have disappointed a few by its release (including myself at the time), but hopefully it also opened the ears of those who had not yet experienced the many layers of Jones’ talent (including myself!). Eventually, however, it turned into a grower and today ranks as one of my personal favorites.

The other songs on the single are also distinguishably true to the nature of ‘Bad Old Man’ with a constant emphasis on drum loops, minimal melodies and sometimes pretty vicious grooves. Fukluv, Hospital and Comeback Scumbag’, which borrows its title from a line in ‘Not about a Girl’, are no less than half-forgotten Babybird epics.

In conclusion, this is a perfect companion to ‘There’s Something Going On’ and, don’t forget, the first in a series of three very great singles."
1998 EPs SINGLES Videos