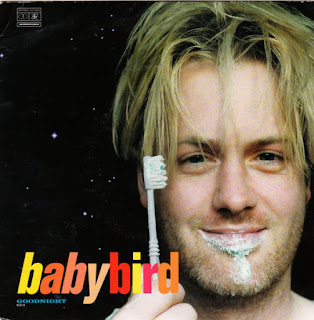 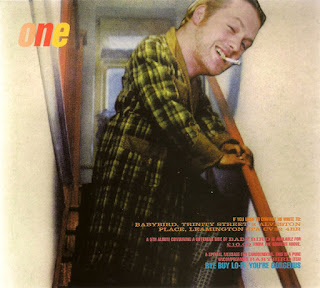 BABYBIRD HAVE RELEASED FOUR ALBUMS IN NINE MONTHS. THE PREGNANCY IS NOW OVER. BABYBIRD IS REBORN WITH AN ABNORMALITY – A FIRST SINGLE
GOODNIGHT

Trivia
The first single from Babybird the band
Features the original full length version of Harry and Ida Swap Teeth, a track that has turned up titles differing lengths and titles and used as intro tape for Babybird’s tour in 1996-97.
B-side July 2 is not the same as the album version
Goodnight originally appeared in ‘demo form’ on the album Fatherhood
Reached no. 28 on the UK charts in 1996

Review from The Bad Pages

"Not much abnormality about the title track on this very first single released as Babybird by Echo. On all accounts this must have been an obvious choice of agreement among several candidates as the one single selected to transform Babybird from indie curiosity into the next big thing.

Goodnight is a very charismatic and upbeat pop song taken as far away as imaginable from the original acoustic version on Fatherhood played only by Stephen. The only thing the two versions have in common is really the tune and not much else – especially when emphasizing the general atmospheres of both songs. So along with the next three singles to come this is probably the most radio-friendly and unreserved Babybird ever was. And that’s meant in every imaginable positive manner.

The great album track July is included as b-side track (along with the different version of July 2), and so are Girl with money and Shellfish, which both seem like a slight return to the old days with Jones singing only accompanied by looped beats and synthesizers. Only this don’t sound like is was recorded at home. The 12 minutes worth of dreamy, slow-mowing breakbeats of Happy and Ida is equally truly great." 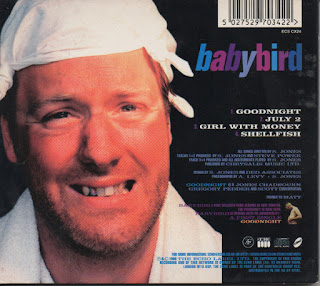 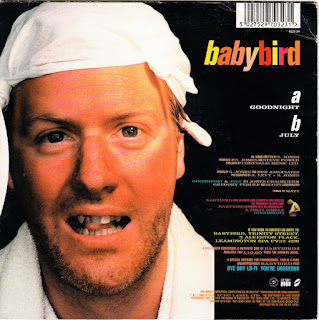 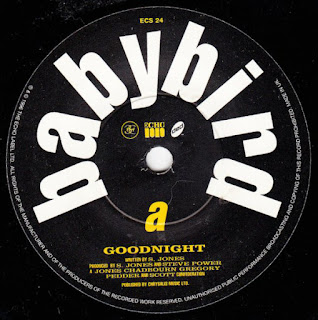 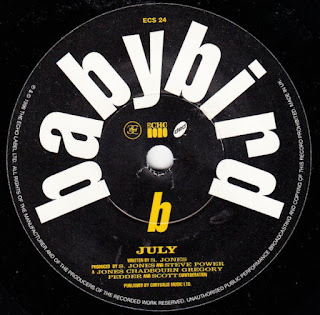 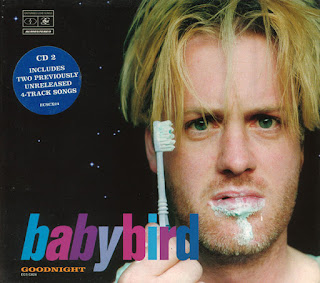 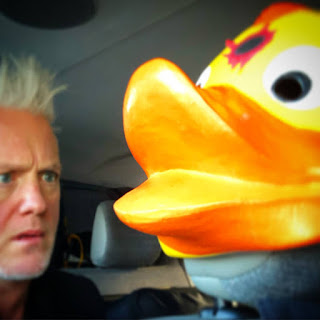